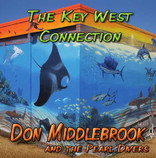 There’s a lot going on with this CD.  It’s partly a fundraiser for the Key West High School music department (the band and choir are featured on the song “Gypsy Wisdom”).  It’s already won it’s first award for the song “Balmy Palms.”  By popular vote, this song is now the theme song for the retailer by same name.

Don collaborated with a few famous characters too.  The cover art is by Wyland, one of the world’s most famous marine life artists.  You can marvel at Wyland’s work at www.wyland.com or at Don’s CD release party at the Key West Wyland Gallery on Saturday, Nov. 2nd from 2:00-4:00 pm.  Don’s quest to help the local high school caught the ear of Lorain Hemingway (yes…. THAT Hemingway, Ernest’s granddaughter) and she offered to work with him in capturing the spirit of Key West on “Gypsy Wisdom”.

Want to take a trip from Michigan to Key West?  Follow Don down the coast all the way to the southernmost tip with his parody “Wagon Wheel Gone Trop Rock.”  Don’s creative lyrics captured everything I love about Key West from margaritas and palm trees to key lime pie.  It’s obvious he had a lot of fun with this song.

Another song where Don’s tropical lyrics and laid back spirit grabs hold of the escapism lifestyle is “Beach Life” (second song on the album).  I really got caught up in this story —  Ready to sell it all and check out of reality, then Don threw in a twist for a surprise ending.  I didn’t see that one coming and I completely relate to it!

I’m looking forward to hearing more of Don’s stories in Key West.  If you’re attending MOTM / Parrot Head week make sure you seek out one of his gigs.  He’s all over the island… no excuse to miss him.  If you’re staying home this year, you’ll want this CD to get you through that week of MOTM Facebook posts.

"As both a world-renowned marine life artist and ocean conservationist, Wyland is a true genius of our time. His flagship gallery is located right here in Key West, where his paintings, sculptures, and photography are shown along with work from other leading contemporary ocean and environmental artists. The non-profit Wyland Foundation supports many important conservation programs, and is actively engaged in teaching students from around the globe about the importance of protecting our oceans, lakes, wetlands, rivers, and streams. Please visit the Wyland Galleries to get inspired and involved in ocean conservation today."

We are proud to announce that four of Don’s original compositions are featured in the film, 'Captain TonyYears': including Advice from an Old Sailor, Bike Ride Around the Island, Talespin and Goodbye to Captain Tony. 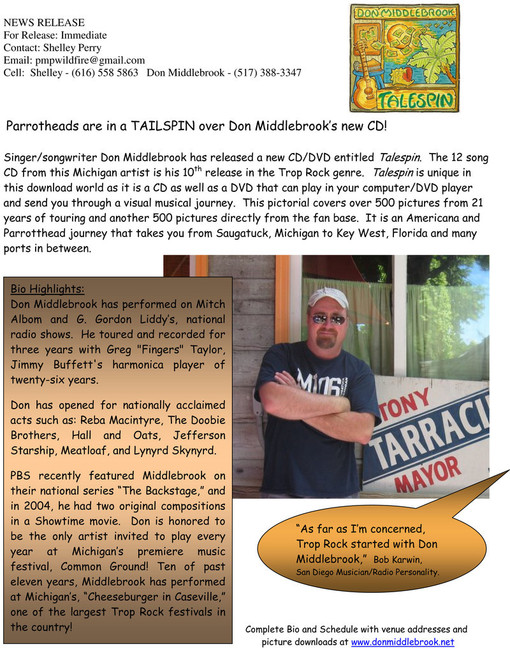