Everything you ever wanted to know about Don!
"PHlockers Magazine" 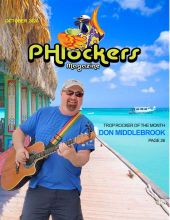 Attention PHlockers!!! Todd Alexander has a PHantastic interview with Don Middlebrook this month that you do not want to miss! Also, a sumptuous recipe by Chef Shannon Stiles... OMG SOOO good! Thanks for reading and please remember to share with your PHamily and PHriends!
*Click photo to read all about it.

Don Middlebrook revels in the back roads, small towns, and the seedy underbelly of the Florida Keys — although he is equally at home in the country clubs of southern California, baseball stadiums of the Mid-west, and Yacht Clubs of the east coast.  Don is a sought-after entertainer.  From corporate America to private house parties, he writes songs that celebrate the people, places, and uniqueness of this great country.

Don Middlebrook and The Pearl Divers is fronted by Don Middlebrook who has been a professional recording and performing artist since 1993. Don is the real deal! His voice has an authentic sound that expresses the soulfulness he injects into his songwriting. The Trop Rock Music Association justly awarded him “Songwriter of the Year” in 2015.  His albums, The Key West Connection and Songs from Talespin Bay, were given the honor of “Album of the Year” and runner up for the same award.   He is backed by an equally experienced band of road warriors. All of whom have been plying their trade in the trenches and the pinnacles of the profession.

Don Middlebrook writes songs about life. The people, the places, the weather, and the tabloid stereotypes provide rich fodder to draw from when he writes. His uncanny ability to write that “extra verse” or even a full-length song for folks in the audience — at the spur of the moment — separates him from any artist you have ever experienced!  Don delivers the songs in a compelling and deliberate manner that is authentic and intimate all at once.

Trop rock singer/songwriter Don Middlebrook is back in the mid-west, bringing his Caribbean sound from Key West to the frozen north!

Don Middlebrook is back home in Michigan after finishing his eleven state "Guitar Island" winter tour.

Middlebrooks album, ‘Songs from Talespin Bay’ won the Trop Rock Music Association Award for ‘Album of the Year’ a few years back.

Middlebrook continues to set the bar high for his fellow Trop Rock artists. The Trop Rock Association ‘Songwriter of the Year’ Award Winner displays his fantastic songwriting skills once again on ‘Guitar Island’. The writing, singing, and production of ‘Guitar Island’ are all exceptional. This album will certainly be in the running for additional Trop Rock Music Association awards.

Middlebrook, who won the Trop Rock Music Association's "I Can" award for charitable work with Trop Rock music continues to give to the community. 100% of the proceeds from downloads of the final track ‘I Paint A World’ goes directly to The Wyland Foundation which helps to educate people about the importance of healthy oceans and waterways.

Don collaborated with a few famous characters in the creation of this album.  The cover art is by Wyland, a world-renowned marine-life artist.  You can marvel at Wyland’s work at www.wyland.com

Want to take a trip from Michigan to Key West?  Follow Don down the coast all the way to the southernmost tip with his parody “Wagon Wheel Gone Trop Rock.”  Don’s creative lyrics captured everything we love about Key West from margaritas and palm trees to key lime pie.  It’s obvious he had a lot of fun with this song.

Come out and hear more of Don’s music and stories at one of his upcoming tour dates.

Visit Don Middlebrook’s website for all the info and Tour Schedule, www.donmiddlebrook.net

Middlebrook was honored to receive three TRMA awards this year.  The first being "Songwriter of the Year", voted by a panel of his peers. Second, The Trop Rock Music Association awarded his album, Songs from Talespin Bay -- "Album of the Year"!!  And last, but definitely not least, Don was awarded the "I Can" award for charitable work with Trop Rock music.

“I would like to take this opportunity to thank the Trop Rock Music Association for giving myself, and my band, the chance of a lifetime to play at the “Meeting of the Minds” Street Fest in Key West. It's a riveting experience to play a party for over 4000 of the best people on the planet, Parrotheads.  Also, I'd like to thank the TRMA and everyone associated with the awards ceremony for putting on such a class act. I'm honored and humbled.” ~~ Don Middlebrook

2015 Songwriter of the Year - Don Middlebrook

2015 "I Can" Award, for charitable work with Trop Rock music

Short Bio:
Don Middlebroook is considered by many to be one of the founding fathers of Trop Rock music.  For more than twenty-five years, he has blazed a trail of over 175 tour dates per year all across the United States.  Middlebrook’s musical journey has taken him from Michigan to Key West, and from Ocean City, MD to Seattle, WA.

With over 16 albums to his credit and a four-year extensive tour with Greg ‘Fingers’ Taylor, Jimmy Buffett’s harmonica player of twenty-six years, Don Middlebrook is a name that is well recognized in the Trop Rock world.

Middlebrook’s work has been featured in Showtime movies and on the Discover channel.  He has warmed up the crowd before many nationally acclaimed acts such as:  Reba McEntire, The Doobie Brothers, Hall and Oats, Jefferson Starship, Meatloaf, and Lynyrd Skynyrd.
Quotes:
“Don Middlebrook, you’re one of my favorite singer/songwriters!!  I was listening to your CD on the way to work today.  I have "Jimmy Buffett's TV Guide" looping in my head now!”  - Bobbi S., Greenfield, OH
"Just got the new CD.  Play it daily, it makes my bad day GOOD.  Love the CD, Don.  As usual, great music." - Brenda H., Cullman, AL 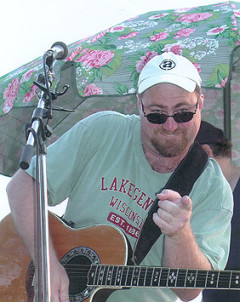 Starting in 1991, Don Middlebrook and Living Soul began a musical quest up and down the west coast of Michigan with little idea of where it might lead. Always directed by a new song, a new adventure, and an occasional cold beer, what began as fun and frolic has turned into thirteen years of travel and musical bliss. Looking back over those last thirteen years, eight CDs have been recorded and over 150 dates played each year. Airplay has becomecommonplace, like that found at WCSX FM in Detroit, and internet web play has had international activity. Don and the band have performed on national radio with Mitch Albom and G. Gordon Liddy, and the last three years, they have toured and recorded with Greg "Fingers" Taylor, Jimmy Buffett's harmonica player for twenty-six years. In 2004, Don had two compositions in a Showtime original movie.

Have you heard the legend of how Don stole Jimmy Buffett's TV Guide?

While performing at Sloppy Joe's in Key West, Florida, Saugatuck's local musician, Don Middlebrook and a friend thought that they would take a moped ride around the island. What started out as an innocent joy ride soon became a hunt to find Jimmy Buffett's house. Based on local information they had gathered, they thought they were close, but were not convinced. That's when Don peeked into the mailbox and spotted Jimmy Buffett's TV Guide. Contradictory stories exist as to what happened next. Don wrote a song to apologize, claiming he found the TV Guide on the ground. Witnesses say that he stole it out of the mailbox.

Years later Don recorded and toured with the most famous Coral Reefer of all, Greg "Fingers" Taylor. Greg claimed that Jimmy was aware of the theft and wanted his TV Guide back. Don's song of apology claimed that he did not have it. Friends say it is in his house. No charges against Don were ever filed and the existence and/or the whereabouts of the TV Guide that inspired this song have never been validated. Jimmy Buffett has since moved from that home in Key West and now has a P.O. Box. As the song goes, you can always steal from a pirate.﻿ 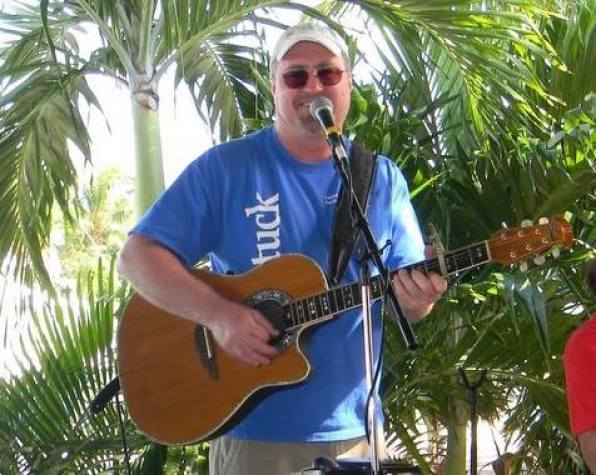 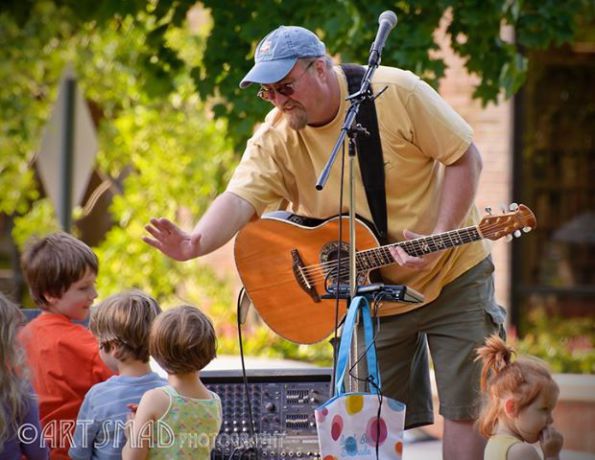 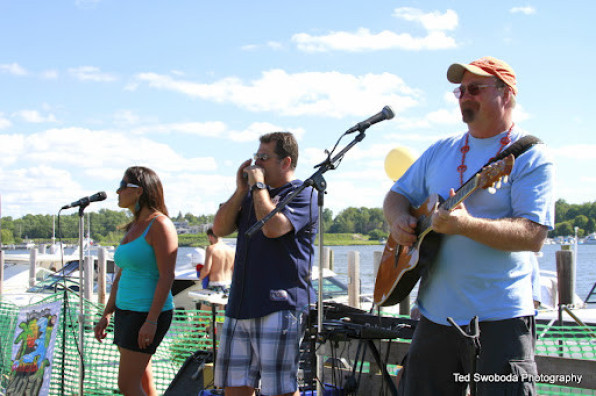 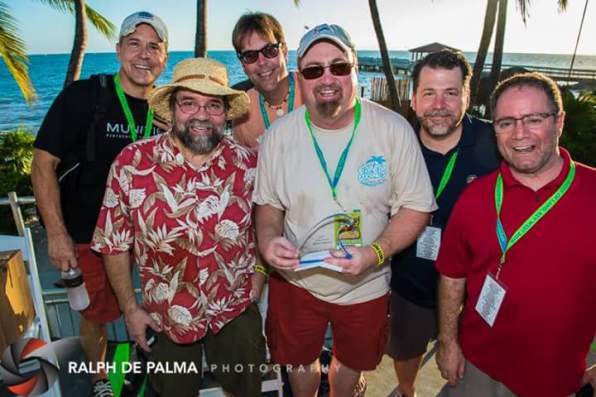 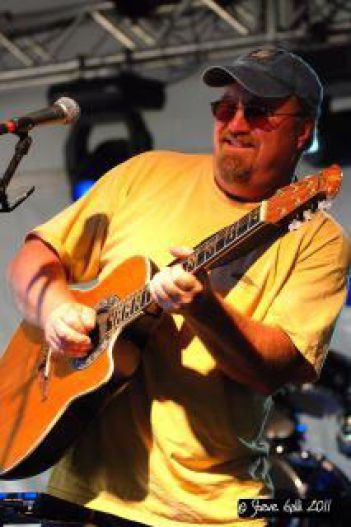 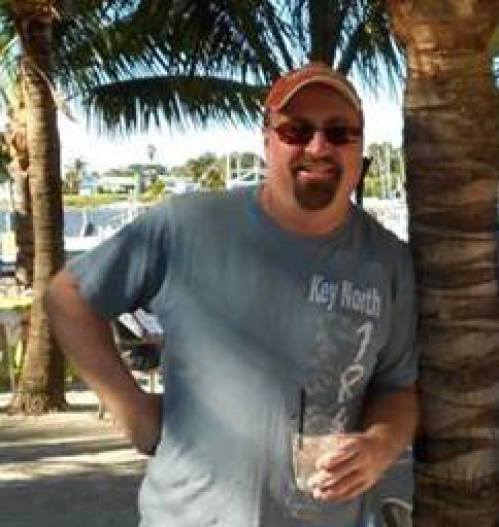